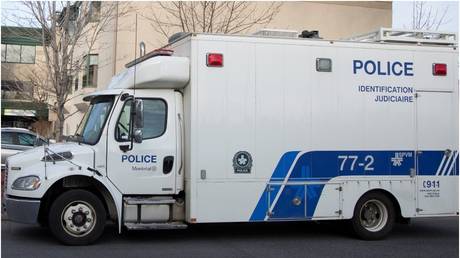 At least two people were killed and five more wounded in a stabbing attack in Quebec, Canada on early Sunday morning. Police have arrested the suspect and announced that he does not appear to be connected to any terror group.

The attack took place near the regional parliament building. Police said the assailant was armed with a bladed weapon and dressed in “medieval clothes.”

After a brief manhunt, a 24 year-old man was arrested at around 1am local time.

​Quebec City ​Police Chief Robert Pigeon said at a news conference on Sunday that a preliminary investigation had indicated that the suspect was not affiliated with any terror group.

Pigeon said that the suspect is from the suburbs north of Montreal and came to the provincial capital “with the intention of doing the most damage possible.” He added that all the evidence indicates that the attacker chose his victims at random and the crime was premeditated.

“Dressed in medieval costume and armed with a Japanese sword, everything leads us to believe he chose his victims at random,” Pigeon said.

The police chief added that five years ago, while “in a medical context”, the suspect threatened to carry out an attack. However,  he did not have a criminal record and was not known to police.

Radio Canada earlier reported that the suspect was taken to a hospital with hypothermia after his arrest.

The incident took place three days after a Tunisian migrant went on a stabbing rampage inside a Catholic church in the French Mediterranean city of Nice, killing three people. He was shot by police and taken into custody.