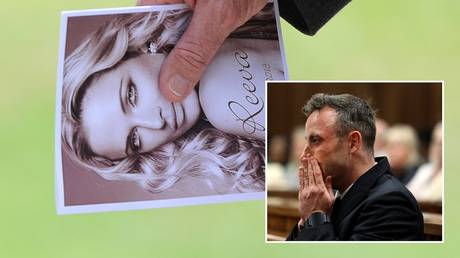 A documentary trailer shared by the BBC on the life of South African Paralympic runner Oscar Pistorius has led to a public outcry after failing to mention the name of murdered girlfriend Reeva Steenkamp, who was shot in 2013.

The promotional video clip which was posted by the BBC triggered angry reactions from users who flooded the Twitter account with furious comments accusing the filmmakers of showing Pistorius as “a really nice guy” despite his criminal past.

Many followers were outraged by the fact that the clip failed to name Steenkamp, Pistorius’ girlfriend who was shot by the runner on St. Valentine’s Day in 2013.

The Paralympic gold medalist, who was jailed for 15 years for shooting Steenkamp, still insists it was an accident as he had mistaken her for an intruder.

The video was an edited version of ESPN’s original clip ‘The Life and Trials of Oscar Pistorius’, which does not mention Steenkamp either.

“This is shockingly ill-judged. You might want to, I don’t know, re-edit to have maybe one mention of Reeva Steenkamp’s name?” one user wrote.

“Hard to tell from a two min trailer and I will watch the whole documentary, but it is amazing after all the criticism at the time that yet again she is rendered invisible, a nameless victim: in this her name is not uttered once. Her name was Reeva Steenkamp,” another comment read.

“WTAF is this? Her name was Reeva Steenkamp. This trailer doesn’t even mention her name,” one more person added.

In the wake of the backlash the BBC deleted the tweet saying that they had no intention to upset anyone.

“We regret that the original trail did not refer to Reeva Steenkamp directly,” the statement said. “We are aware of the upset it has caused, which was never the intention.

“We have removed the trail and it will be replaced by something more representative of the series, which examines in detail a number of complex issues connected to her murder.”