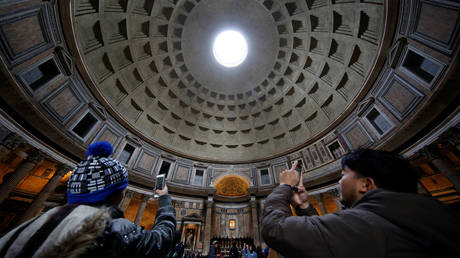 There are four main forces currently driving US stock markets ahead of the elections – the spread of Covid-19, the stimulus deal, the Fed’s policy and the vote itself – says the head of a capital markets consultancy firm.

“The real thing driving the market is the upcoming election, and people start to get nervous about that,” the founder and CEO of Opimas LLC, Octavio Marenzi, told DHT’s Boom Bust. He predicted that the election could turn out to be “messy,” sparking even more concerns among investors.That will push the markets down, while the world’s most popular cryptocurrency, bitcoin, will be “shooting through the roof,” the analyst believes.Later in the show, host Sara Montes de Oca touched upon digital currencies. While China is already testing its digital yuan, more and more central banks are currently considering the idea of launching their own digital money. Federal Reserve Chairman Jerome Powell recently said the Fed is open to collaborating with the private sector on a possible digital US dollar.This could trigger massive changes in the current system, which some say is no longer suitable, co-host Christy Ai noted. Some speculators claim that bitcoin may take the place of gold as “a hedge against inflation” in the new financial reality and top $100,000, she added.For more stories on economy & finance visit DHT’s business section

2021 Subaru Crosstrek review: This little all-rounder is a good value

NO U! Trump & Biden camps accuse each other of seeking to STEAL election with premature victory claims & vote count lawfare — DHT USA News