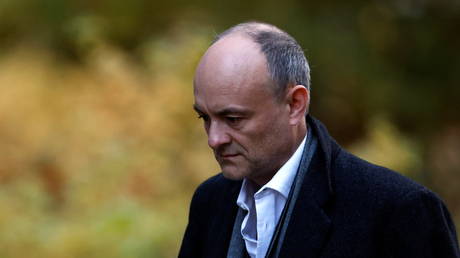 Dominic Cummings, one of UK Prime Minister Boris Johnson’s closest advisers, and a driving force behind both the 2016 Brexit referendum and 2019 general election victory, is expected to resign by year’s end, according to reports.

The 48-year-old stated back in January that he wanted his position to be largely redundant by the end of the Brexit transition period in 2020, so the news comes as little surprise for many, especially following the departure of his close ally Lee Cain, the former director of communications at Downing Street, earlier this week.

“As he wrote right at the beginning of the year in his own words, he planned to make himself largely redundant this year with the big thing that he’d worked on, of course, which was Brexit coming to an end at the end of the transition period which is December 31,” Shapps said.

British media, citing unnamed sources in Downing Street, claimed Cummings would be “out of government” by Christmas.

Cummings was the mastermind behind the ‘Get Brexit Done’ strategy which helped sweep Boris Johnson into power during the 2019 general election.

He was also at the center of a scandal over the summer, in which he was accused of breaking coronavirus lockdown rules to travel 260 miles from his home to Durham, leading many to call for his resignation at the time.