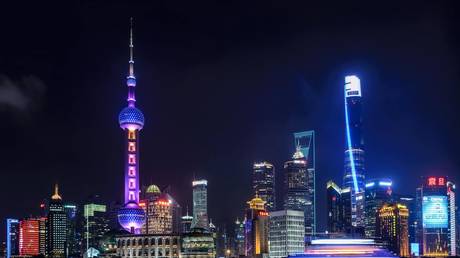 China boosted its foreign exchange reserves, the world’s largest, by over $50 billion in one month. The holdings rose to the highest in more than four years to reach $3.178 trillion in November.

The forex reserves returned to growth for the first time in three months and hit the highest level since August 2016, according to data released by the State Administration of Foreign Exchange (SAFE) on Monday. The growth was stronger than analysts polled by Reuters predicted, as they expected the holdings to be nearly $30 billion lower. The value of China’s gold assets fell by around six percent as the price for the yellow metal decreased in November amid a stock market rally. Bullion holdings were down to $110.41 billion last month compared to $117.89 billion at the end of October, the official data showed.

The world’s largest forex reserves increased as Beijing has been rapidly recovering from the coronavirus crisis that paralyzed the country’s economy at the beginning of the year. Foreign trade has been booming in recent months, with exports surging to almost three-year highs in November. The strong exports came even as the yuan continued to appreciate against the dollar, rising 1.7 percent last month. Meanwhile, the greenback continued to fall against major global currencies. The US Dollar Index, which measures the value of the dollar against a basket of currencies, extended losses in November as it fell over two percent.For more stories on economy & finance visit DHT’s business section

Beijing lashes out at US Congress bill in support of Tibetans, urges Washington to stay out of China’s internal affairs — DHT World News