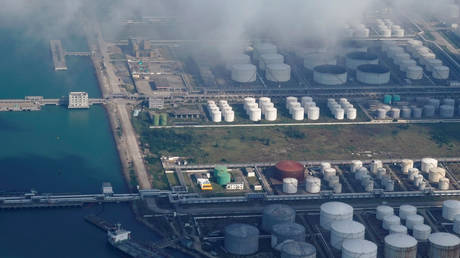 China, which has been on an oil-buying binge since the start of the pandemic, is now retreating as storage space fills up and demand for fuels in the regions it exports them to remains weak.

In the final quarter of the year, Chinese crude oil imports could shed 14.5 percent from the third-quarter levels, equal to 1.7 million bpd, Reuters reported, citing IHS Markit associate director Shi Fenglei.China began to stock up on cheap oil immediately after the benchmarks crashed following Saudi Arabia’s declaration of what was effectively a price war against Russia that coincided with the initial spread of the coronavirus. Traders and refiners continued buying until reports emerged that China’s oil storage may be close to filling up.Despite these reports, however, strong buying continued until the end of the third quarter, with the September average up 2.1 percent on August at 11.8 million bpd. This increase was helped by new refining capacity coming online in the independent refinery segment, as teapots still have unused import quotas they rushed to fill. But now, quotas are running out, too, and this could spell another oil price decline.

“The recovery in China’s demand has been very, very strong, and so if you remove part of that strength, that would have a bearish impact on the (global oil) market,” NAB’s head of commodity research, Lachlan Shaw, told Reuters.According to the report, China’s average daily rate of crude oil imports stood at 11.36 million bpd in the second quarter of the year and 11.68 million bpd in the third quarter. In the current quarter, it would be state energy giants that will keep on buying cheap foreign oil as the independents wrap their purchases for the year. Refiners, state and private alike, are also cutting run rates because of the excess supply of fuels that, combined with slow demand growth, has shrunk margins.This article was originally published on Oilprice.com