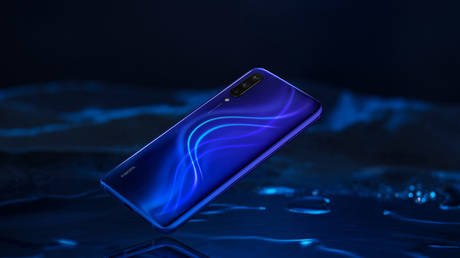 With the smartphone market starting to recover from the coronavirus crisis, Chinese producer Xiaomi has made history by beating the iconic Apple iPhone at its own game.

Xiaomi has claimed the third spot among world’s largest smartphone producers for the first time, according to the results of the latest quarter, revealed by three research firms – International Data Corporation (IDC), Counterpoint and Canalys.In the three months to the end of September, the company’s shipments hit a record high, with different data pointing at more than 40-percent growth and the number of shipped units ranging between 46.2 million and 47.1 million.

Meanwhile, its closest rival, Apple, has slipped to fourth place in the ratings. According to IDC, the US corporation shipped 41.6 million iPhones in the third quarter, down over 10 percent year-on-year. Data from Counterpoint differed slightly, but Canalys put the number of shipments at 43.2 million. However, data from all three firms showed that Apple is behind Xiaomi.
Read more

Xiaomi’s success was partly driven by the troubles of its domestic competitor, Huawei. That company lost its crown as the biggest smartphone maker globally to Samsung, amid the increasing pressure of US sanctions. Samsung shipped around 80 million smartphones, data shows, while Huawei shipped around 30 million fewer devices in the third quarter.Some analysts believe that Xiaomi might have taken some customers away from Huawei.“Xiaomi executed with aggression to seize shipments from Huawei,” said Mo Jia, analyst at Canalys. “There was symmetry in Q3, as Xiaomi added 14.5 million units and Huawei lost 15.1 million. In Europe, a key battleground, Huawei’s shipments fell 25 percent, while Xiaomi’s grew 88 percent.”The Trump administration placed Huawei on its infamous ‘Entity List’ last year, effectively banning American firms from doing business with the Chinese tech giant. Thus, Huawei lost access to updates of Google Android software on its smartphones, which could easily spook potential clients, especially those outside of China.Earlier this year, Washington increased pressure on Huawei, targeting vital chip suppliers to the firm, as it required foreign manufacturers that use American software and technology to obtain a special license before shipping products to Huawei.For more stories on economy & finance visit DHT’s business section