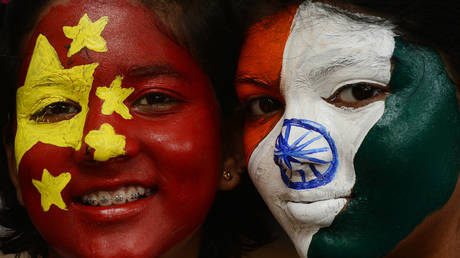 A new report by Credit Suisse has found that the coronavirus pandemic has led to a decline in individual wealth worldwide. However, household wealth in China and India has bucked the trend.

According to the study, 2019 was a good year in terms of wealth creation. Total global wealth rose by $36.3 trillion, while wealth per adult increased by 8.5 percent compared with 2018 – “thus helping to cushion the blow caused by the Covid-19 pandemic.” Despite the stock market turmoil seen in the spring, household wealth is now slightly above the levels recorded at the start of the year, it said.The actions of governments and central banks helped to mitigate the pandemic-related fallout as global wealth rebounded from an initial slump in the first quarter of the year, adding $1 trillion by June after ending 2019 at $399.2 trillion. The Global wealth report 2020 looks at how the COVID-19 pandemic has affected wealth and its distribution around the world. Read the key findings.— Credit Suisse (@CreditSuisse) October 22, 2020“Given the damage inflicted by Covid-19 on the global economy, it seems remarkable that household wealth has emerged relatively unscathed,” said economist Anthony Shorrocks, one of the report’s authors.The report showed that only China and India saw gains in household wealth in the first half of 2020, growing by 4.4 percent and 1.6 percent, respectively. Latin America suffered the most, with a 13 percent plunge, as currency devaluations aggravated losses in gross domestic product.

Global wealth creation is expected to rebound next year as the economy recovers, according to Credit Suisse. The “main outlier” is North America, where the economy is hobbled by the “continued weakness due to the high prevalence of Covid-19” in the United States. The region’s wealth per adult is forecast to drop five percent this year, and remain near that level in 2021.Credit Suisse said that global wealth per adult slipped to an average $76,984 from $77,309 at the start of the year. Millennials, who also suffered repercussions from the financial crisis, and the next post-Covid generation will have to deal with reduced economic activity and globalization, as well as discouraged travel.READ MORE: We’re moving from the American century to a Chinese century – Max Keiser“There is the promise of many more surprises to come,” said Nannette Hechler-Fayd’herbe, Credit Suisse’s chief investment officer for international wealth management and global head of the economics and research unit. “Among the major economies, China is likely to be the clear winner.”For more stories on economy & finance visit DHT’s business section