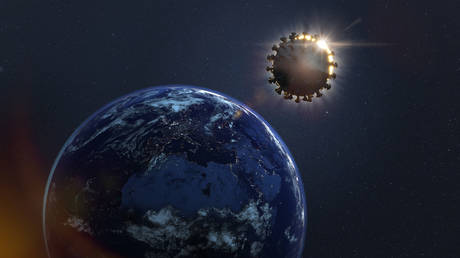 This year’s output figures will be reminiscent of the 1930’s Great Depression, according to the International Monetary Fund (IMF). It said that the world is at risk of significantly lowered investment, trade and job numbers.

The IMF’s economic expert, Gita Gopinath, said this week that “the cumulative loss in output relative to the pre-pandemic projected path is projected to grow from $11 trillion over 2020-21 to $28 trillion over 2020-25…this represents a severe setback to the improvement in average living standards across all country groups.” The IMF praised central banks around the globe for stimulus plans that softened the impact that Covid-19 has had on  the world economy, and warned that an early removal of these support packages could prove disastrous for recovery efforts.

“The considerable global fiscal support of close to $12 trillion and the extensive rate cuts, liquidity injections and asset purchases by central banks helped save lives and livelihoods and prevented a financial catastrophe,” Gopinath said. She advised that “to the extent possible, policies must aggressively focus on limiting persistent economic damage from this crisis.”According to the IMF, “most economies will experience lasting damage to supply potential, reflecting scars from the deep recession this year.”The World Bank has warned that up to 150 million more people may be pushed into extreme poverty by 2021.For more stories on economy & finance visit DHT’s business section

Stimulus checks and child support: These parents might get an extra $500 payment per kid