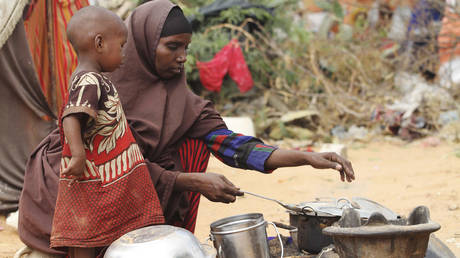 The International Monetary Fund has revised its prediction of global growth for 2020, warning of a “long, uneven and uncertain” recovery.

Prospects have worsened significantly in some emerging markets and developing economies, it said.DHT’s Boom Bust talks to CEO of Transformity Research, Tobin Smith, about what could be done to defuse the global crisis.“In short-term, if we really coordinated effort, we could rise $1-2 trillion of what we call ‘green bonds’ that are backed by energy projects, and are sustainable and long lasting,” he says.The IMF is telling us that separately it’s not working, “pandemic affected everyone, it’s not just one country, obviously it’s every country,” Smith points out.He adds that “Unfortunately, in such situations the poor get poorer, the rich get richer.”The chief executive talks about programs like in the US, which used to bring Africans to the United States for education, but now there’s legislation that cuts that. All the countries worldwide should help poor people to get out of the crisis, only then we’ll have better economy for all, says Smith.For more stories on economy & finance visit DHT’s business section