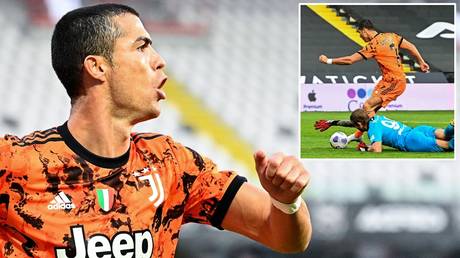 Portuguese superstar Cristiano Ronaldo bounced straight back to form on his return to action after testing positive for COVID-19 as he came off the bench to score twice as Juventus defeated Spezia 4-1.

The match was level at 1-1 when 35-year-old Ronaldo was introduced from the substitutes bench in the 56th minute, and the mercurial Portuguese star scored just three minutes later.

An Alvaro Morata through-ball sent Ronaldo through on goal, and the returning star made no mistake with the finish as he rounded Ivan Provedel in the Spezia goal and rolled the ball into the empty net.

Ronaldo added a second from the penalty spot with a flourish as he chipped a “Panenka”-style effort down the middle to register his fifth goal of the season and put the seal on a 4-1 victory.

After the victory, Ronaldo took to Twitter to reveal his pleasure at being able to return and make such an impact.

“Happy to be back and help the team with two goals!” he tweeted.