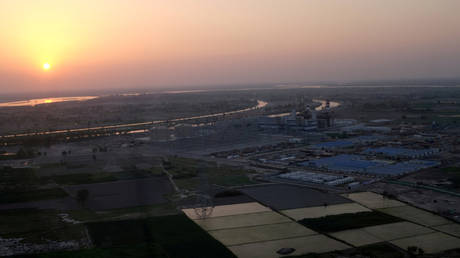 People familiar with the matter said the US company had exited the partnership with Energas Terminal, a consortium of companies from several industries including cement, textile, and power.

ExxonMobil’s main objective for joining the consortium was to supply LNG to Pakistan. The Pakistani government had allowed five companies, including Exxon, to establish LNG terminals in the country, but said it would not give any guarantees and the companies would have to set up the terminals at their own risk.

“ExxonMobil is evaluating all appropriate steps to significantly reduce capital and operating expenses in the near term as a result of market conditions and commodity price decreases,” the company’s spokesperson told the Business Recorder.

Since the US energy giant entered Pakistan, it had been facing problems. The firm had started drilling for shale oil and gas reserves, and had asked the government to allot more territory along the offshore belt of Karachi, but the authorities had turned down the request.

It also needed to obtain security clearance for setting up the terminal, but once the government had finally resolved the issue, ExxonMobil decided to pull out of the project.

Currently, two LNG terminals in Pakistan with a total capacity of 1.3 billion cubic feet per day (bcfd) are handling imports to meet domestic needs. However, the nation needs more LNG terminals to meet its rising demand for gas.

According to the government’s estimates, it will need to import three bcfd of gas per day in the coming years. It said local gas production was depleting fast, at a pace of six percent per year, and it has thus opened LNG imports to the private sector.