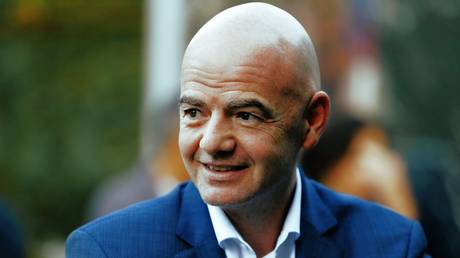 A statement from football’s world governing body has revealed that the president of FIFA, Gianni Infantino, has tested positive for COVID-19.

A statement from the organization confirmed that the 50-year-old reported mild symptoms and will go into self-isolation for 10 days.

“All people who came into contact with the FIFA President during the last few days have been informed accordingly and they are being requested to take the necessary steps,” the statement said.

Proceedings were launched against Infantino in July by a special prosecutor, with an investigation underway focusing on meetings between the FIFA president and Swiss Attorney General Michael Lauber, leading to former FIFA president Sepp Blatter to call for FIFA to suspend Infantino.

Lauber tendered his resignation after a court decided he had covered up a meeting between himself and Infantino.

It was also found he had lied to supervisors while his Office of Attorney General (OAG) investigated corruption within football’s governing body.

Infantino and Lauber have both denied any wrongdoing, while FIFA’s ethics committee refused to directly comment on the situation.

“Please note that as a general policy, the ethics committee does not comment on potential ongoing proceedings, nor on whether or not investigations are underway into alleged cases,” it told Reuters in a statement in July.

“As usual, any information the Ethics Committee may like to share will be communicated accordingly upon their indications.”

Now Infantino faces a spell in isolation after testing positive for COVID-19.