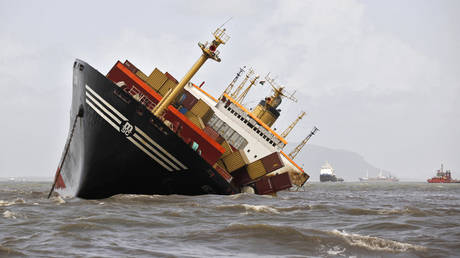 The coronavirus crisis is set to cut the volume of global trade by seven to nine percent in 2020 compared to the previous year, a United Nations trade body has said, warning of still uncertain recovery prospects.

The third quarter brought some relief for international trade, the UN Conference on Trade and Development (UNCTAD) said in its latest report released on Wednesday. The textiles sector, as well as sales of home office equipment and medical supplies, enjoyed the strongest growth over the period, while the automotive and energy sectors were still plunging, according to the UNCTAD’s data.

Global trade was down 4.5 percent in July-September compared to the same period a year ago. This follows a steep 19-percent year-on-year plunge recorded in the second quarter, when most countries enforced strict lockdowns to contain the spread of Covid-19. According to the UNCTAD’s assessment, trade volume can continue closing the gap with their pre-crisis levels this year. In the last quarter of 2020, it is expected to be three percent less year-on-year. However, the trade body warns that if the coronavirus outbreak intensifies again in the coming months, leading to a “sudden increase in trade restrictive policies,” international trade may continue its nosedive.

The recent rebound was supported by strong growth in Chinese exports, as the world’s second largest economy accelerated its recovery from the crisis. China’s outbound shipments rose nearly 10 percent in the third quarter, the UNCTAD said. Overall, the level of Chinese exports for January-September was comparable to that of 2019 over the same period, it added. World Trade Organization (WTO) economists have also cautioned that the ongoing pandemic may disrupt economic recovery. While the WTO now forecasts a 9.2 percent decline in the volume of world merchandise trade for 2020, followed by a 7.2 percent rise next year, it says that the figures are “subject to an unusually high degree of uncertainty” due to the pandemic.For more stories on economy & finance visit DHT’s business section

Best work light for mechanics in 2020

A Michigan teacher was giving a virtual lesson when she heard a student's grandma slur her words. What she did next saved a life