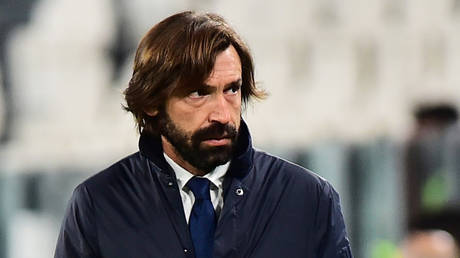 The Italian press have rounded on Andrea Pirlo after Juventus’ 2-0 defeat to Barcelona on Wednesday, but while it was far from a good performance, the manager needs time at the Allianz Stadium.

“Has anybody seen Juve?” asked Tuttosport in their headline, while both La Gazzetta dello Sport and Corriere dello Sport were similarly critical of the Bianconeri’s uninspiring showing in the UEFA Champions League clash.

There’s no getting away from it, it was a poor game from Juventus.

Ousmane Dembele broke the deadlock for Barcelona after 14 minutes with his deflected strike from 20 yards.

The Old Lady ended the game with 10 men, as Merih Demiral was sent off for a second bookable offence in the 85th minute for a late challenge on former Juve midfielder Miralem Pjanic.

Lionel Messi made it 2-0 from the penalty spot in injury time after Federico Bernardeschi bundled over Ansu Fati, and Juve were fortunate Barca didn’t score more on the night.

Pirlo set his team up to attack and press Barcelona, who are hardly a vintage edition of the Catalan side and lost 3-1 to Real Madrid on Saturday, but Juventus only succeeded in leaving themselves open at the back and failed to register a single shot on target.

Forward Alvaro Morata suffered the ignominy of having a hat-trick of goals ruled out for offside.

13 – Álvaro Morata, who has had three goals ruled out for offside tonight against Barcelona, has been caught offside 13 times in the Champions League since the start of last season – only Timo Werner (also 13) can match his tally. ÁlVARo. pic.twitter.com/C2FD1aQcZ5

He perhaps showed his inexperience when it comes to coaching by being slow to make changes on the night too, as he did not make his first substitution until the 75th minute.

Pirlo took over in the summer with no first-team coaching experience, having been in charge of Juve’s under-23s for just nine days, so it’s understandable if some are concerned he’s out of his depth.

Wednesday’s performance also came amid a slow start to the season under him.

The Bianconeri have been held to three draws in their five Serie A matches, and of their two wins, one of them was awarded to them by forfeit after Napoli did not travel to Turin for the game.

However, it’s still early days and the 41-year-old has only been in charge of a handful of fixtures.

There was a lot of change at Juventus over the summer, and not just in the dugout.

Significant personnel changes coupled with a highly disrupted preseason as a result of the pandemic made for far-from-ideal circumstances for Pirlo to implement his ideas effectively.

He’s also been without some key players. Cristiano Ronaldo has missed their last four matches after testing positive for Covid-19, Matthijs de Ligt hasn’t played at all this season after undergoing shoulder surgery in the summer and Giorgio Chiellini has missed several games through injury including Wednesday’s.

Despite those absences, the team have at times shown more flashes of excitement than they did last season under Sarri, even if their results thus far haven’t been up to scratch.

Even on Wednesday, it wasn’t all doom and gloom for Juventus. Morata had three goals ruled out for offside, and while they were all correct decisions, on another night they could easily have got something from the game.

“It’s a year in which we’re building, but we want to try and reach results,”he said after the match. “I’m not here to build without winning.

“Maybe we will need a bit more time, but we have to know that results must come through a certain type of play style that maybe we are struggling to assimilate.

“We have to improve a lot in terms of attitude, in being good at playing this kind of game.”

It’s clear there’s a lot of room for improvement, but when matchwinners like Ronaldo, De Ligt and Chiellini are able to return that will provide a significant boost to their chances of collecting three points in each game.

Time is a luxury afforded to few managers at the top level when things aren’t going as planned, but Juve knew they were throwing a rookie coach in at the deep end when they hired Pirlo in the summer – if they don’t give him chance to turn things around they should never have bothered appointing him in the first place.

Shanghai could be the world's biggest IPO market this year. But holding that title will be tough

What is Movember and No-Shave November? The history and how to participate