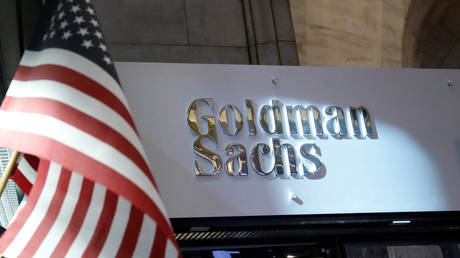 Goldman Sachs (Asia) has been fined $350 million by Hong Kong’s Securities and Futures Commission (SFC) for its role in a multibillion-dollar scandal that involved top Malaysian officials, including its former prime minister.

The fine is the highest ever imposed by the Hong Kong markets’ watchdog. The SFC said on Thursday that the regional unit of the US investment bank was fined due to “serious lapses and deficiencies in its management supervisory, risk, compliance and anti-money-laundering controls that contributed to the misappropriation of $2.6 billion” from three bond offerings in 2012 and 2013 that raised $6.5 billion for 1Malaysia Development Berhad (1MDB).The SFC added that Goldman Sachs (Asia) in Hong Kong had significant involvement in the origination, approval, execution and sales process of the three 1MDB bond offerings.According to the commission, the Wall Street bank received $581.5 million in fees from 1MDB, inclusive of $567 million in commission from the three bond sales. Its Hong Kong unit alone collected $210 million, or 37 percent of the total fees from the debt sales, the largest chunk among various Goldman Sachs entities.

“This enforcement action is the result of a rigorous, independent investigation conducted by the SFC into whether Goldman Sachs (Asia)’s involvement with 1MDB in 2012 and 2013 contravened the standards expected of firms under Hong Kong regulations,” said Ashley Alder, the SFC’s chief executive.“The penalty in this case – assessed solely in accordance with Hong Kong’s own fining framework – reflects our findings that Goldman Sachs (Asia) failed to deal properly with numerous suspicious circumstances surrounding the 1MDB bond offerings. These failures led to multiple, serious breaches of the rules which set out the high standards of behavior expected of all firms supervised by the SFC,” Alder added.Last year, the SFC banned former Goldman Sachs (Asia) partner Tim Leissner from working as a securities and financial adviser in the city for life, in relation to the 1MDB corruption scandal. Leissner pleaded guilty in August 2018 to criminal charges brought against him by the US Department of Justice for money laundering and corruption.1MDB was set up in 2009 by Najib Razak, then-prime minister of Malaysia, who was sentenced to 12 years in jail after being convicted on all charges related to the fund. Goldman Sachs was the main banker for the fund and helped it to raise $6.5 billion through bond sales. However, much of the funds were misappropriated during the process by government officials and two Goldman bankers, while the bank was accused of covering up the looting of the nation’s state fund.

The money siphoned off from state coffers was used to buy everything from artwork and jewelry to real estate and a superyacht. Some of the cash helped to finance the movie, ‘The Wolf of Wall Street,’ which earned actor Leonardo DiCaprio a Golden Globe for his performance as a stock-market scammer.In September, Malaysia dropped criminal charges against Goldman Sachs after the bank agreed to pay $4 billion in compensation. However, that did not prevent the Wall Street bank from facing prosecution linked to the 1MDB saga in other countries.For more stories on economy & finance visit DHT’s business section

Kim Kardashian West at 40: Looking back at her style evolution on her birthday