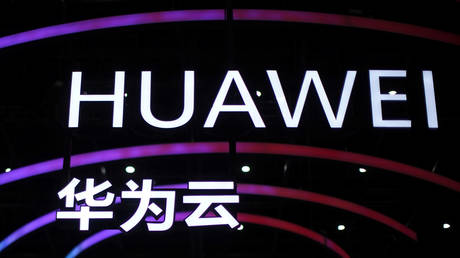 Chinese telecoms giant Huawei said the company’s revenue growth slowed significantly in the third quarter of 2020 as a result of the Covid-19 pandemic and US sanctions, which had disrupted its business.

Huawei did not specify which parts of its business had contributed to revenue growth. Earlier this year, the firm said its consumer business, which includes smartphones, was responsible for nearly all of the $12 billion shortfall in revenue it saw in 2019 versus its own targets.“As the world grapples with Covid-19, Huawei’s global supply chain was put under intense pressure, and its production and operations saw increasing difficulties,” the company said, adding that, for the first three quarters of 2020, the results “basically met expectations.” It added that it would do its “best to find solutions, to survive and forge forward, and fulfill its obligations to customers and suppliers.”Huawei’s business was impacted after Washington effectively cut off the Chinese firm’s access to US software and chip-making equipment, following similar measures in May 2019 that are gradually taking effect.

The Trump administration also threatened to prevent supplies of semiconductors being made available by its main supplier, the Taiwan Semiconductor Manufacturing Company. This week, Huawei announced the launch of its latest flagship smartphone, which is potentially its last in the high-end Android segment most dependent on US technology.Just days ago, having succumbed to US pressure, Sweden became the latest nation to ban Huawei from its fifth-generation (5G) network infrastructure.For more stories on economy & finance visit DHT’s business section

Procreate app review: Become an iPad artist with this $10 app

The 'Caspian Sea Monster,' a Lun-class Ekranoplan, rises from the grave