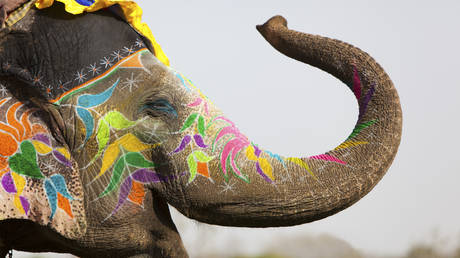 The Indian economy, which has been severely hit by the coronavirus pandemic, will start recovering from the “horrible crisis” if the government ramps up efforts on both the fiscal and the monetary sides, the IMF has said.

In its annual World Economic Outlook, the International Monetary Fund has downgraded India’s growth for the fiscal year 2020 to minus 10.3 percent, saying at the same time that the nation is likely to bounce back with an impressive 8.8 percent growth rate in 2021.If the Indian economy achieves the projected growth rate, it will regain the position of the fastest-growing emerging economy, surpassing China’s projected growth rate of 8.2 percent.According to the Division Chief of World Economic Studies at the fund’s Research Department, Malhar Shyam Nabar, a lot has to be done to provide support to households and firms that have been affected by the pandemic, including tax relief measures and credit guarantees.

“We think that there is room to recalibrate and to provide more direct relief and spending support, which could have a first-order impact on preventing even worse outcomes,” Nabar said. He noted that on the monetary policy side, the Reserve Bank of India (RBI) had come in very aggressively early on. “It has paused recently with its interest-rate cuts, looking through this inflation, the spike in inflation that they have had recently, but we believe there is more that the RBI can do, too, in terms of there is room to cut if needed, and we think that should be done once this inflation spike is more under control.” READ MORE: Worst of crisis over for India’s Covid-ravaged economy – business industryThe official concluded: “Together with these efforts, both on the fiscal side and the monetary side, we think that would put India on a path to recovery going forward… The Indian economy would be well placed to start recovering from this horrible crisis that it is experiencing right now.”For more stories on economy & finance visit DHT’s business section