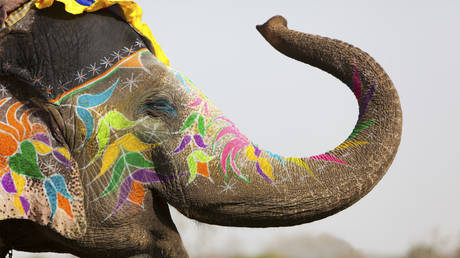 Asia’s third-largest economy, India, accelerated its recovery in September thanks to stabilizing consumer demand and activity in the manufacturing sector, which returned to pre-crisis levels.

Five of the eight high-frequency indicators tracked by Bloomberg News made gains last month, while three others held their ground. The positive changes helped to boost investor confidence by one point after the indicator remained at the same level for two consecutive months.  The reading is based on the three-month weighted averages of eight indicators against the past thirty months of historical data. The indicators are Markit India Composite purchasing managers index (PMI), Output Price Index, Order Books Index, Citi Financial Index, government data on exports, industry and infrastructure sectors, and the Reserve Bank of India data on demand for loans.

Accelerating factory activity in India was one of the main drivers of the uptick. According to IHS Markit, the India Manufacturing PMI jumped to 56.8 last month, marking the highest pace of growth in over eight years. Any reading above 50 suggests expansion, while falling below 50 indicates contraction.While the key services sector, hit hard by the two-month long pandemic-induced lockdown, failed to return back to growth, it almost reached the 50-point threshold in September. The services PMI rose to 49.8 from 41.8 level seen in August.
Read more

India’s outbound shipments also gained after six months of contraction, rising six percent year-on-year. The growth was spurred by farm and pharmaceutical exports among others. However, imports were still subdued, down by nearly 20 percent compared to a year earlier. Another major indicator of economic health, consumer activity, has also showed signs of recovery. While overall retail sales were still down nearly 70 percent year-on-year, passenger vehicle sales surged over 26 percent in September. It is unclear if the trend holds, as consumer confidence recently plummeted to record low levels as Indians brace for higher inflation, according to the latest survey from the Reserve Bank of India.Credit rating agency ICRA earlier said that India’s recovery had “broadened and strengthened” in September from the lows seen in April. The agency said that nine of the tracked 15 non-financial high frequency indicators recorded growth. However, the trend might be short-lived, and could set “at more sedate levels after the festive season is over,” it warned.After suffering record quarterly contraction in the first quarter, Asia’s third-largest economy is not expected to stabilize until the first three months of 2021, which is the end of the fiscal year in India. According to various estimates, the Indian economy may shrink over ten percent this fiscal year due to the impact of the coronavirus pandemic.For more stories on economy & finance visit DHT’s business section