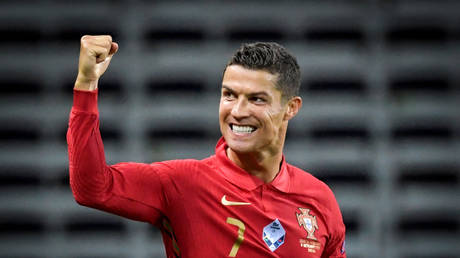 Cristiano Ronaldo has tested negative for Covid-19, Juventus have confirmed. The Bianconeri announced the news on Friday that the star had returned negative results and is no longer forced to self-isolate following a swab test.

Ronaldo has been in isolation since he tested positive for Covid on October 13 whilst on international duty with Portugal.

Unable to take part in Portugal’s 3-0 win over Sweden, he returned to Italy the following day in a private air ambulance to continue his self-isolation at home.

He was subsequently tested for Covid on October 22 and 27, with both coming back positive.

As a result, he missed four matches for Juve – two 1-1 draws in Serie A against Crotone and Hellas Verona, and a 2-0 victory and 2-0 defeat to Dynamo Kyiv and Barcelona, respectively, in the UEFA Champions League.

The 35-year-old has been champing at the bit to return to action, so he’ll be hoping to feature in Sunday’s trip to Spezia.

Juve will also be desperate to get him back on the pitch given their mixed results without him, although it may take him a little time to get back up to speed given he has been training on his own for over a fortnight.

Prior to his positive test, the forward had scored three goals in two matches for the Old Lady this season.

‘Now do Mohammed’? Cheers after Madame Tussauds in Berlin places wax Trump in a dumpster… but not everyone is impressed — DHT World News

11 best TV shows to binge on Disney Plus