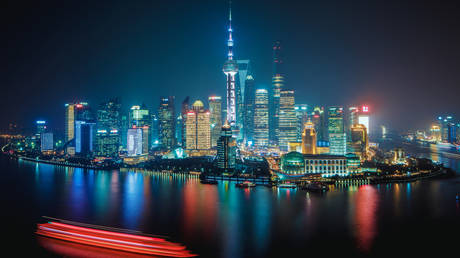 The market capitalization of all companies trading on China’s stock exchanges has reached a record $10 trillion, as investors bet on the world’s second biggest economy amid coronavirus uncertainty.

The total value of all stocks listed in bourses in Shanghai and Shenzhen secured a new peak of $10.08 trillion as markets closed on Tuesday, the same day that Beijing released positive trade data, the Financial Times reports, citing Bloomberg calculations. The previous milestone of $10.05 trillion was recorded in mid-June 2015, after which the Chinese stock market saw a historic crash which wiped out nearly a half of its value in months.

It took the world’s second-largest economy more than five years to recoup the losses. Chinese stocks managed to recover in recent months after the Covid-19 outbreak triggered panic on global markets in March. Stocks have been close to the $10 trillion milestone since July, and finally surged past the mark earlier this week. “It’s a meaningful number, especially coming after a pause in the stock rally,” Hao Hong, chief strategist for Bocom International in Hong Kong, said, Bloomberg reports. “It’s possible China’s market value can expand faster now that market reforms like the registration-based IPO system are in place.”The recent rally was powered by several factors, including fast recovery of the Chinese economy, which was the first to suffer from the pandemic, the appreciation of the yuan and an increased number of Chinese companies’ IPOs. Last year’s launch of Shanghai’s Nasdaq-style Star market also helped to attract more investment.

While some investors are still cautious about the one-year-old market technology board, analysts say the situation in China’s stock market has changed in general since 2015’s bubble popped. They also noted that risk factors are now more controllable and manageable for Beijing, while the share of institutional and foreign investors has increased and margin financing is twice as low as it was five years ago.“Obviously the question that comes to mind is whether valuation is as bubbly as it used to be [in 2015] and the answer is no,” Frank Benzimra, head of Asia equity strategy at Societe Generale, told the Financial Times.For more stories on economy & finance visit DHT’s business section

Get thousands of free audio books on your Google Home