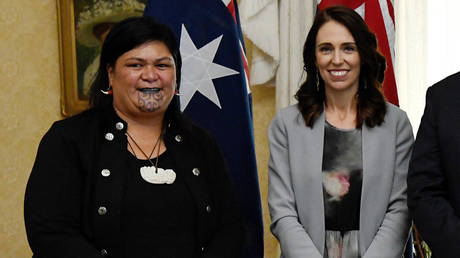 Mahuta, 50, was chosen to replace Winston Peters, who lost his seat in parliament after the October 17 election.

Prime Minister Jacinda Ardern praised Mahuta, the first woman to head the nation’s foreign affairs ministry, as “someone who builds fantastic relationships very, very quickly.” The PM added that Mahuta’s experience with the government “demonstrates those diplomacy skills that we need to represent New Zealand on the world stage.”

Mahuta said she will continue pursuing “a progressive trade agenda,” among other priorities. “What we know more than ever before in the Covid context is that, as a small country, we need to develop our relationships and remain committed to a multilateral, rules-based trade system that works for New Zealand,” she told reporters.

According to local media, Mahuta is the niece of the late Maori Queen, Te Arikinui Te Atairangi Kaahu, and a close relative of the current Maori monarch, Kingi Tuheitia. Having been first elected to parliament nearly two decades ago, she was appointed as Maori development minister and minister for local government in 2017.

In 2016, Mahuta made history by becoming the first woman to have a moko kauae, a traditional female Maori chin tattoo, while serving as an MP. According to Vice.com, the tattoo marked the anniversary of her father’s death, while its design incorporated the traditional carving patterns of her tribe.

“Moko is a statement of identity, like a passport,” the politician told the Guardian. “I am at a time in my life where I am ready to make a clear statement that this is who I am, and this is my position in New Zealand.”

Overall, five Maori ministers have been appointed in the government, along with several other high-ranking Maori officials. Ardern said that the new cabinet is “based on merit,” but at the same time is “incredibly diverse and I’m proud of that.”