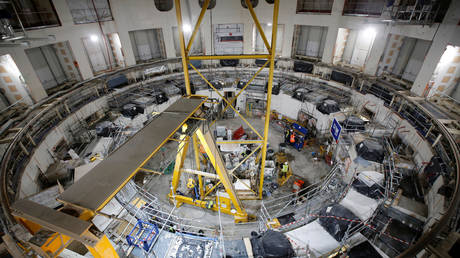 Now three quarters of a century old, the Russian nuclear industry in 2020 has influence way beyond its borders.

Russia is сontributing to the ITER (International Experimental Thermonuclear Reactor) mega-science project that aims to prove fusion is a feasible clean energy source. ITER Director-General, Bernard Bigot, told us that, “Without innovation, we cannot rely on existing resources.”

“Humanity has been relying on renewable energy for centuries, a millennium indeed, but it was before we were less than one billion inhabitants.”

Given the planet’s surging population, Bigot believes we need renewable energy, but complimented by mass production. He sees hydrogen fusion as the way forward, due to a near unlimited supply.

Bigot added that the low-levels of helium released and general safety, means this sort of fusion has little to no impact on the environment and climate.