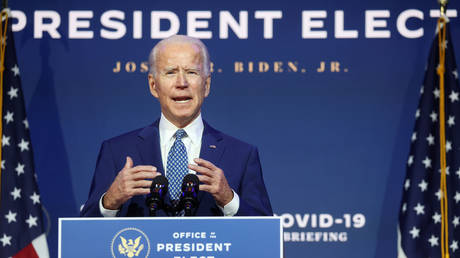 Ben Rhodes, the former deputy national security advisor, has raised the concern of critics after claiming in an interview that Joe Biden is already discussing his potential administration’s agenda with foreign leaders.

“The center of political gravity in this country and the world is shifting to Joe Biden,” Rhodes told MSNBC on Monday. Despite many outlets calling the election in Biden’s favor, President Donald Trump continues to accuse the opposing side of voter fraud and insists he has won reelection.

Despite the president’s accusations, though, Rhodes claims Biden is already fielding phone calls with “foreign leaders” and “talking about the agenda they’re going to pursue January 20th.”

Many other critics have pointed to the fact that former United States National Security Advisor Michael Flynn ended up the center of an FBI criminal investigation for discussions with a foreign government while the Trump administration was still weeks away from taking over from Obama.

The general ended up pleading guilty to making false statements to investigators, but he has since withdrawn that plea and accused the FBI of manipulative conduct.

“Never forget – it was Biden who raised the issue of using the Logan Act against Flynn. Meanwhile, the press’ double-standard is plain to see: it’s ok for team Biden to do this. But it’s not ok for team Trump,” Former White House Press Secretary Ari Fleischer tweeted, likely referencing a claim by Trump that Biden recommended using the Logan Act to charge Flynn.

Never forget – it was Biden who raised the issue of using the Logan Act against Flynn. Meanwhile, the press’ double-standard is plain to see: it’s ok for team Biden to do this. But it’s not ok for team Trump. https://t.co/aZhsAu9YCu

“I remember when Democrats & some in the media demanded the indictment of people in the incoming Trump administration for ‘having phone calls’ with foreign leaders to discuss upcoming changes in U.S. foreign policy,” Sen. Marco Rubio (R-Florida) wrote in reaction to Rhodes’ claims.

Former Obama deputy national security adviser Ben Rhodes admitted Monday that Joe Biden is already speaking with foreign leaders as if he is the next President, a move that some believe to be a breach of the Logan Act.https://t.co/8C7ktNBQz2