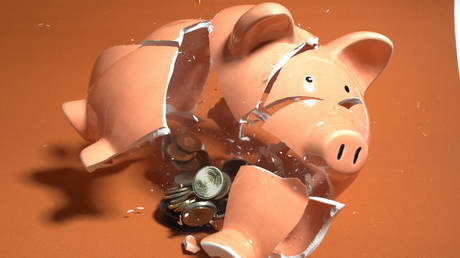 More than 50 percent of small and medium-sized businesses (SMEs) operating in Europe’s top-five economic powerhouses fear they will have to close in 12 months as they’re struggling to stay afloat amid the coronavirus crisis.

The pandemic has pushed down the revenues of more than 70 percent of European companies, according to the results of the McKinsey survey of over 2,200 SMEs in five European countries: France, Germany, Italy, Spain, and the UK. Covid-19 has hit businesses hardest in Italy and Spain, where 30 and 33 percent of SMEs respectively reported that their revenues dropped “greatly.” Additionally, nearly a half of those polled in the two countries, which saw one of the strictest lockdowns, said their revenues were “somewhat” down.

The poll was conducted in August, before Europe faced the second wave of infections and governments started to re-enforce some of the restrictions. Even then, the vast majority of companies described the economy as weak. At the current trajectory, one in 10 SMEs (or 11 percent) are expected to file for bankruptcy within half a year. The level may be nearly twice as high among the largest French companies, employing between 50 and 249 people. Among industrial sectors, logistics has by far the highest number of expected bankruptcies, followed by agriculture, accommodation providers, and food services, as well as retail and wholesale.

If the poll reflects business sentiment across all the European SMEs, nearly a third of jobs may be at risk within a year, as they account for more than two-thirds of the entire workforce in the region. Europe’s economic rebound could also be hampered by massive closures, with SMEs generating more than half of the economic value added, according to the report. The pandemic triggered historic contractions in both the EU and the euro area, with seasonally adjusted GDP falling by 11.4 percent and 11.8 percent respectively in the second quarter. These were by far the sharpest declines observed since statistics started in 1995. According to a preliminary forecast, the EU economy is set to shrink by 8.3 percent in 2020 as the result of the crisis.For more stories on economy & finance visit DHT’s business section

NFL 2020: How to watch Steelers vs. Ravens, 49ers vs. Seahawks, RedZone and the rest of Week 8 today without cable