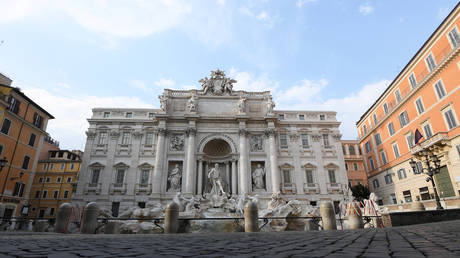 The number of international arrivals plunged by 70 percent for the first eight months of 2020 compared to a year earlier, amid the collapse in travel caused by the pandemic, according to the UN World Tourism Organization (UNWTO).

The drop in arrivals, which decreased by around 700 million, cost the troubled industry a whopping $730 billion in lost export revenues, the UNWTO said in its latest report. This is over eight times more than during the previous global financial crisis.

“This unprecedented decline is having dramatic social and economic consequences, and puts millions of jobs and businesses at risk,” UNWTO Secretary-General Zurab Pololikashvili warned. While all world regions saw a dramatic drop in the number of tourists, Europe was less affected, the agency said. According to its data, Europe saw a 72-percent and 69-percent decline in July and August respectively, compared to 81-percent and 79-percent drops recorded in the same months in total international arrivals.

However, the recovery in Europe turned out to be short-lived, as the resurgence of the virus led governments to tighten restrictions again, the UNWTO said.The agency forecasts that demand for travel will remain largely subdued due to coronavirus uncertainty. It expects the drop in tourist flows to hit around 70 percent for the whole year. We may see a rebound in international tourism as early as in the third quarter of 2021, the UNWTO’s Panel of Experts predicted, while some gloomy forecasts say a recovery won’t happen until 2022.For more stories on economy & finance visit DHT’s business section