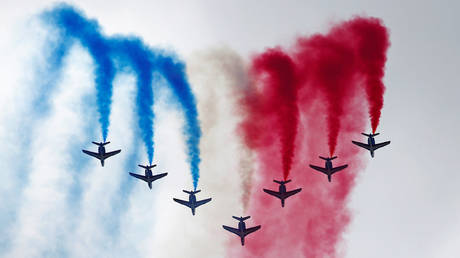 The organizers of the Paris Air Show, known as Le Bourget, announced on Monday the cancellation of next year’s event due to “uncertainty” over the coronavirus pandemic. They called the decision “inevitable.”

“The Board of Directors of the SIAE [the organizers], in agreement with the Board of GIFAS [the French aerospace industries association], has made this inevitable decision given the international health situation and the attendance that such a popular festival generates,” the organizers said in a statement.”This decision… was taken unanimously by the SIAE Council, in a context of a crisis of unprecedented magnitude for the aeronautics and space sector.”Next year’s event was to be held from June 21 to June 27 and would have marked the 54th edition of the air show. According to the statement, the next edition of the Paris Air Show will be held in June 2023, on a date that will be announced shortly.

Exhibitors will receive a full refund of all sums already paid, and the Paris Air Show “will take full financial responsibility for this decision.”The CEO of the International Paris Air Show, Gilles Fournier, added that “The 2023 edition will be larger than ever, and our teams are already working to ensure its success.”Created in 1909, the show held at Paris-Le Bourget Airport is one of the key events for the world’s aerospace industry. Europe’s other major air show, at Farnborough in the UK, was held online this year due to the pandemic.For more stories on economy & finance visit DHT’s business section

$300 weekly unemployment check: 11 more weeks, but not retroactive? What you should know