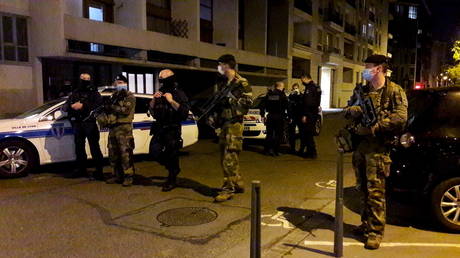 French police have detained the alleged shooter who injured a Greek Orthodox priest using a hunting rifle in the city of Lyon on Saturday as he was locking the church.

The suspect was detained at a diner in the city several hours after the incident. He was reportedly eating a kebab when police approached him, but didn’t have the sawn-off hunting rifle allegedly used in the attack.

Local prosecutors have confirmed that a person matching the description of the shooter by witnesses has been placed in custody. He is undergoing checks for “his possible involvement” in the attack.

Meanwhile, Lyon’s mayor, Gregory Doucet, said that it was still unclear what had motivated the man to shoot the cleric.

The Orthodox priest, whom the media identified as 52-year-old citizen of Greece, Nicolas K., was attacked when he was closing his church in Lyon’s Place Jean-Macé area at around 4pm local time.

The cleric received two gunshot wounds to the abdomen and has been hospitalized in “life-threatening” condition. The perpetrator then fled the scene, prompting a manhunt. Sources told French paper Le Figaro that the priest and the shooter knew each other and previously had some sort of a dispute between them.

Pioneering referee told that football 'is a man's game'