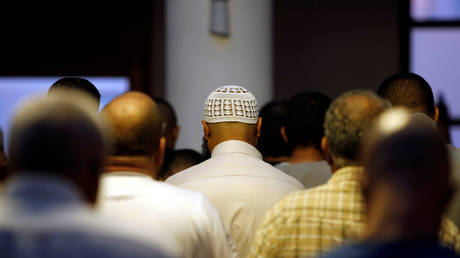 A new opinion poll has shown France’s Muslim population to be increasingly disconnected from the general population, with 57 percent of young Muslims believing French law to be subordinate to Sharia law.

A study published on Thursday by the French Institute of Public Opinion (IFOP), highlighted the increasing divide between the French general population and Muslims living in France.

The study’s most astonishing finding is that the majority of Muslims under the age of 25 (57 percent) believe Islamic law to be more important than French law in France – an increase of 10 percent since 2016.  About 38 percent of French Muslims overall felt the same. Meanwhile, only 15 percent of the Catholic population believe that their religious laws should come before French law.

A number of questions on the poll were indirectly related to the beheading of schoolteacher Samuel Paty on October 16, who had shown a caricature of the Prophet Mohammed in a class on freedom of expression, inciting rage in one student.

Meanwhile, only 34 percent of Muslims in France approved of the recent dissolution of the Collective Against Islamophobia in France (CCIF) and BarakaCity. Both groups were disbanded by President Emmanuel Macron in his recent crackdown on radical Islam for inciting hatred and justifying violence – a claim which they have denied. Sixty-five percent of the general population agreed with banning the CCIF while 76 percent agreed with banning BarakaCity.

Further examples show Muslims being overwhelmingly in favor (81 percent) of specific hours for women to use municipal swimming pools and the teaching of Arabic in public schools. French people have generally been fiercely opposed to both notions.

Islam has been under the spotlight in France following a series of terrorist attacks in Paris, Nice, and Lyon in late October. Macron’s response has seen a number of Islamist groups banned, including the ultranationalist Turkish organization ‘Grey Wolves’.

The president also introduced new measures in October to tackle what he termed “Islamist separatism,” including providing local officials with more powers to deal with radical Islam.

The French government’s crackdown has been slammed by many Muslim leaders across the world and has led to a boycott of French goods. Turkish President Recep Tayyip Erdogan compared the treatment of Muslims in France to that of the Jews before World War II.