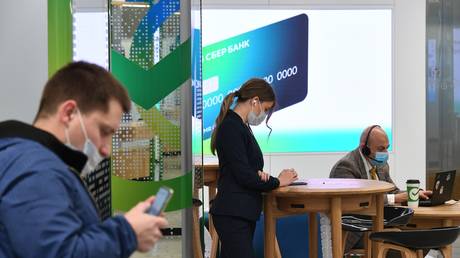 A new survey by Deloitte has found that Russian banks are among the world leaders in terms of digitalization of their services, exceeding the global average in five out of the six key indicators.

The so-called global benchmarking study on digital banking maturity provided a comprehensive outside-in ’mystery shopper’ assessment of 318 retail banks in 39 countries.According to the report, Russia is among the top ten countries leading the way in global digital banking, along with Japan, Singapore, Norway, Spain, Belgium, Turkey, Poland, Saudi Arabia and Qatar.The research showed that in terms of information availability to the client, the average value of the index in the world is 45 percent, while in Russia it is 51 percent.

When it comes to opening an account and daily interaction with the client, Russia is outperforming by seven percentage points. As for the use of the banks’ services and the closure of the account by the client, Russian banks are also ahead of their global peers. The only aspect of customer service that is still lagging for Russian banks is the so-called “first steps of the client,” the report said.“Russian banks have improved their performance in the procedures for opening accounts, adapting new customers, managing payments, making transfers, using bank cards, as well as in the field of cross-selling,” said Ekaterina Trofimova, a partner at Deloitte’s Risk Management Department and the head of rating advisory and corporate governance practice in Russia and the CIS. She added that mobile applications are more popular among Russian retail bank clients than internet banking.For more stories on economy & finance visit DHT’s business section

The best leggings in 2020 for yoga, working out and lounging

Trouble ahead? Stores boarded up across US over fears of widespread looting and riots around election (PHOTOS) — DHT USA News