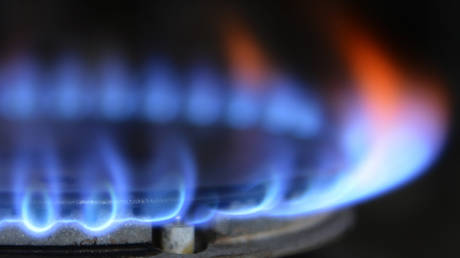 Global demand for blue fuel may contract between four and five percent in 2020 compared to the previous year, marking the worst decline in the last 11 years, Russian newspaper Kommersant reported on Monday, citing the agency’s estimates.

The drop in demand comes amid ongoing efforts to contain the spread of the coronavirus, and as European countries are expected to have a warm winter. As a result, Russia’s energy market could shrink as much as 6.4 percent this year, compared to the global contraction of five percent, according to the NRA’s forecast.In the first nine months of 2020, Russia pumped half a trillion cubic meters of natural gas, meaning that production fell by eight percent year-on-year. Average daily production is also down by more than 15 percent, mostly due to the fall in production of Russia’s key gas exporter, Gazprom, according to analysts’ estimates.

While Russia’s gas exports are set to drop between 15 and 16 percent in total this year, analysts anticipate that they will recover in 2021, when shipments will reach pre-crisis levels of 220.2 billion cubic meters. The recovery will be driven by growing demand from the world’s biggest importer of gas, China, as well as other Asian markets.The steep decline in energy prices is projected to cut the revenues of Russian energy firms fourfold, while net sales in the country’s oil and gas sector could contract by a third. However, the situation is still expected to improve as soon as next year when prices return to growth.For more stories on economy & finance visit DHT’s business section