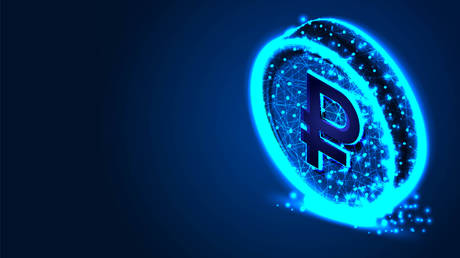 The Crimean Peninsula could be the first Russian region to use the digital ruble, which may help local businesses to bypass sanctions, the head of the State Duma Committee on the Financial Market, Anatoly Aksakov, has revealed.

Aksakov said he had already discussed the project with Crimean IT specialists, including its possible use for transactions with both domestic Russian firms and the external market. According to the official, this could become a way to overcome the restrictions Crimea is facing after it re-joined Russia in 2014. The pilot project could begin next year, he said, adding that the specialists agreed to conduct the experiment.

In October, the Central Bank of Russia (CBR) launched public consultations on the launch of the digital ruble which will end at the end of the year. The financial watchdog defined it as “a digital form of the Russian national currency” aimed to make payments faster, simpler and safer. The digital ruble is not supposed to replace existing forms of money and will be issued along with cash and non-cash rubles. Individual users and businesses will be able to freely transfer digital rubles to their electronic wallets and use them on mobile devices, both online and offline, and convert their money between the three forms.

The head of the Russian central bank, Elvira Nabiullina, said in October that the pilot testing may start at the end of the next year. She also noted that central bank digital currencies (CBDC) cannot be used or transferred anonymously like cash and cryptocurrencies, but the watchdog will work to strengthen confidentiality of the operations.For more stories on economy & finance visit DHT’s business section

No ‘normal’ Christmas will be possible this year, UK finance minister warns, though families may be able to get together — DHT UK News