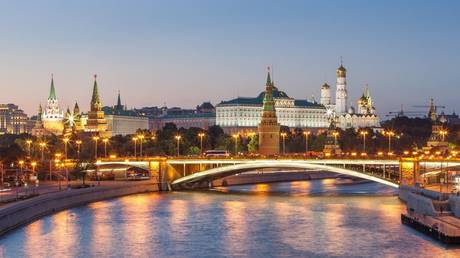 The economic decline in Russia due to the Covid-19-related crisis will be around four percent this year, which is less than in other countries, Russian President Vladimir Putin said at the Russia Calling investment forum.

“Recession is observed not only in Russia, but throughout the world, in the entire global economy. As for the Russian economy, the decline is lower than in other economies, including the so-called developed economies,” he said. Next year’s deficit is seen at 4.2 percent, with an economic improvement expected in 2022.Putin said support of small and medium-sized businesses hurt by the coronavirus crisis is a priority for the Russian government. He pointed to a range of support measures taken by the authorities, such as tax breaks, grants, preferential loans to save jobs, and others.The president suggested extending the moratorium on scheduled state inspections of small businesses for 2021. “Thus, we reduce both the administrative and tax burden on tens of thousands of companies employing millions of our citizens, and support jobs and people’s incomes,” he said.

He added that the Russian government will take further steps to support small and medium-sized businesses.Putin noted that despite all the challenges this year Russia has managed “to maintain the macroeconomic stability, prevent inflation and stabilize the country’s financial markets.” The crisis hasn’t affected investment in national projects, he said.The Russian president urged the implementation of a common plan on national targets, saying that he was “rather optimistic about the development of the Russian economy.”For more stories on economy & finance visit DHT’s business section