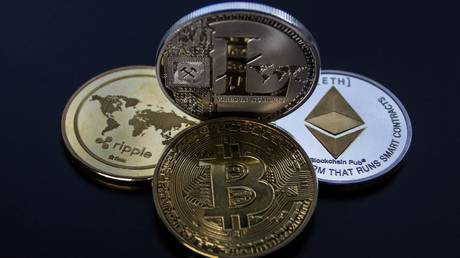 While gold is considered a safe heaven, it is not currently a mainstream investment among Russians, whose money is more likely to go into other options, including cryptocurrencies.

Less than one-fifth of Russian investors, or just 16 percent, own gold and coins, but most are positive towards the idea of investing in the yellow metal, according to World Gold Council (WGC) research. The results of the study, which was conducted last year and is based on interviews with over 2,000 investors, were published earlier this week.

The poll showed that savings accounts are the most popular investment choice in Russia, mostly due to their accessibility. Foreign currency is the second most desirable investment, with 78 percent of respondents keeping their savings in US dollars and 56 percent opting for euros. Real estate rounded off the top three options, followed by life insurance.Cryptocurrencies, which are considered by some to be a high-risk investment, are gaining popularity among Russian investors. Benefiting from being an accessible investment, especially online, they topped gold in investors’ portfolios.
Read more

Gold is considered more experimental and less habitual in Russia, analysts at the WGC say. However, investors are far from ruling it out, with 57 percent of those polled saying they would consider doing so, despite never having invested in gold previously. While most respondents think that bullion will never lose its value and two thirds perceive it as a safeguard against currency fluctuations and inflation, some 20 percent of them said they wouldn’t buy the metal.The main factor stopping Russians from betting more on gold is that Russia has the highest rate of value added tax (VAT) levied on gold bullion bars (20 percent), the WGC found. Lack of necessary knowledge around how to invest in gold, and a fear of being sold fake or counterfeit gold products, are other key barriers to demand for the precious metal on the Russian market.The WGC believes that the situation may improve over time. It hopes that the Russian government will adopt a legislation to remove VAT from bullion bars, eventually boosting demand. However, such a proposal was blocked by lawmakers in January this year.“Provided these areas are addressed, gold investment in Russia has the potential to develop into a healthy market, capitalizing on the positive underlying attitudes towards gold and the role it can play in helping investors to meet their objectives,” the WGC concluded.For more stories on economy & finance visit DHT’s business section

How tech is slowly working to make elections more accessible