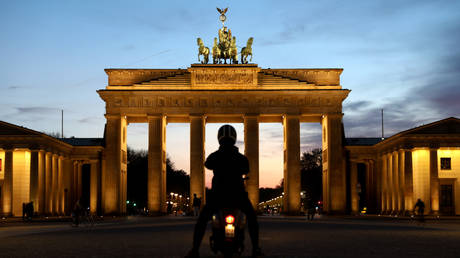 Germany has become the largest consumer of Russian gas in Europe after it increased exports of the blue fuel more than twofold in one month, fresh data from Russian customs shows.

Russia pumped over 3.2 billion cubic meters of gas to its largest European trade partner in August, TASS reported, citing customs figures. This is more than twice as much as Germany imported in July, and around 10 percent more than over the same period a year ago.Italy, which was the largest EU buyer of Russian gas in July, slipped to second spot at the end of summer. The country’s purchases still soared over 18 percent on a monthly basis and more than sevenfold annually, reaching nearly 2.2 billion cubic meters in August.

Europe’s second-largest economy, France, also increased its imports of Russian blue fuel. Russia supplied more than 1.4 billion cubic meters of natural gas to France in August, around eight percent more than it did in same period last year.The coronavirus pandemic has hit the energy market hard this year. Top Russian energy company Gazprom saw a dramatic plunge in sales and revenues. Net sales of gas to Europe and other countries almost halved year-on-year to 756.3 million rubles ($9.8 million) for the first six months of 2020, according to the company’s financial report. Gazprom said that the “change was mainly due to the decrease in average prices” as well as the 17-percent drop in volumes of gas sold.

Russia is currently completing the construction of a major gas pipeline to Europe, Nord Stream 2, which will bring Russian natural gas directly to Germany under the Baltic Sea before being transited to other countries. The pipeline has faced many hurdles over the last couple of years, with the US imposing sanctions and pressuring its European allies to ditch the project, while attempting to boost its own sales of liquefied natural gas (LNG).The US campaign against Nord Stream 2 intensified after the alleged poisoning of opposition figure Alexey Navalny in August. While Washington hopes that the case will derail the project, Berlin has not officially changed its stance. German Chancellor Angela Merkel earlier said that the economic project should not be linked to the situation with Navalny.For more stories on economy & finance visit DHT’s business section

'I'm not drunk, it's my car:' Tesla's 'full self-driving' gets mixed reviews