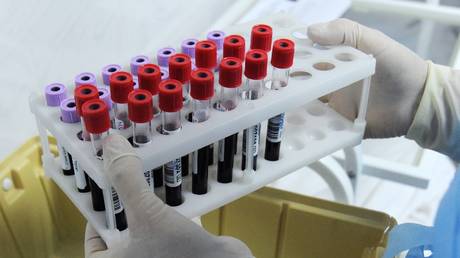 Finally, good healthcare news in 2020: Scientists from two universities in Samara have discovered a method of diagnose cancer using a spectroscopic technique that performs a biopsy on a single drop of blood in a matter of minutes.

Published in the peer-reviewed, US-based Journal of Raman Spectroscopy, the research details how blood can be analyzed by looking at how light interacts with molecules in the liquid. The technique can also rapidly test for many other diseases, which normally require hours to be diagnosed in laboratories.

“Light interacts with biological molecules, the building blocks of our body,” said Ivan Bratchenko, an associate professor at Samara University, the institution that developed the method alongside specialists from the nearby Samara State Medical University. “If you know exactly how this interaction occurs, you can track how the body’s composition changes, and whether any pathologies exist in a single drop of blood.”

According to Bratchenko, this method of diagnosis is less accurate than testing in a laboratory, but is faster, can be done using portable equipment, and can be used to perform mass screenings.

“Using a liquid biopsy, you can quickly identify people who are just beginning to develop a pathology, and send them to the appropriate specialist,” the professor said. “You can also monitor the condition of patients who are already undergoing treatment.”

Samara University is one of the country’s leading institutions and, during the Soviet period, when the city was known as Kuybyshev, was famed for its work with the space program. In 1966, when it was then known as the Kuibyshev Aviation Institute, it was named after Sergey Korolev, a rocket engineer who played a prominent role in the Space Race. Earlier this year, scientists from the university created a biomaterial to restore bones in sufferers of osteoporosis.