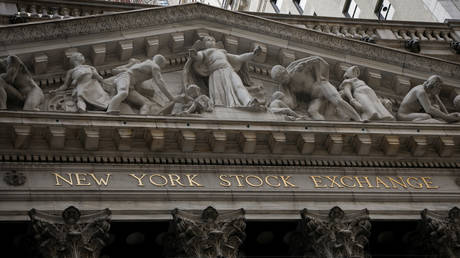 Equity markets will not like a disputed outcome of the US presidential election, and could react with a “dramatic fall,” said Mark Mobius, a veteran investor and founding partner of Mobius Capital Partners.

“That’s a real issue and a real problem,” Mobius told CNBC on Friday, adding that if the eventual winner is not finalized until weeks or months after the November 3 vote, “Then we’re really in trouble. The markets will not like it and you’ll see a real correction or maybe a dramatic fall in the market. So, that’s a very, very big problem.” According to the investor, such an outcome could happen if a candidate deemed to have lost the election refuses to concede, or if he questions the legitimacy of the results. How much the markets would fall would depend on how long the dispute lasts, Mobius said.

He explained that if the dispute is taken to the Supreme Court, the process of determining a winner could be “drawn out” and create more uncertainty, which markets “hate.”The 84-year-old fund manager pointed out that a Trump win is a more “favorable” outcome for the markets and “It’s really all about tax.” “As you know, Trump is promising another major tax cut. The Democrats have not said that, and they plan to raise tax on the so-called rich people and on corporations. So, that is really the big, big issue going forward,” said Mobius.For more stories on economy & finance visit DHT’s business section