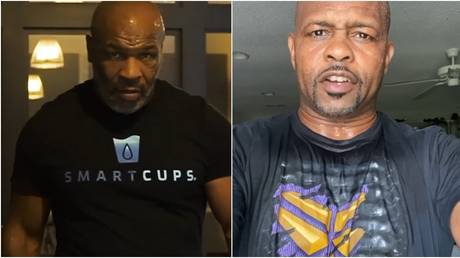 Boxing great Mike Tyson says that he will go into next month’s comeback fight against fellow ring icon Roy Jones Jr. with the intention of ‘disabling’ his opponent.

Tyson, 54, is due to end his 15-year hiatus from the ring in the November 28 exhibition match with the 51-year-old Jones next month, but despite the former undisputed world champion having not thrown a punch in anger in a decade and a half, he says that his desire to win is just as strong as it was throughout his heavyweight heyday.

“This is something I’ve done all my life since I was 13 years old. I’m more evolved now than I’ve ever been. My objective is to go in there with the best intentions of my life and to disable my opponent, and that’s just what it is.”

Tyson’s comeback was borne out of a series of training videos he released to his social media platforms throughout the summer which appeared to show the former pro in fantastic shape, and that very little of his famed speed and thunderous power has abandoned him in his years outside of the ring.

For Jones, though, he enters the fight on a similar trajectory. Now more than two years removed from his last pro bout, Jones retains a reputation as one of the finest pound-for-pound fighters of his era and he says that the fight represents an opportunity to do the one thing he failed to achieve throughout his 75-fight career – face Mike Tyson.

“Have you ever fought Mike Tyson?” Jones said of the most common question he was asked throughout his career.

The fight represents the first move in Tyson’s proposed ‘Legends Only’ boxing league in which he forecasts further boxing legends may face each other – and he also didn’t rule out strapping his gloves on further times after the Jones fight is done and dusted.

“I’m going to go as long as the league is working,” Tyson said. “I’m going to do this, and I’m going to help a lot of people. And my legend is going to be that I’ve gave a lot more than I’ve took.”

And, with the fight being billed as a dream matchup between two icons of the sport, Jones says that he is just as curious as the fans as to what will happen inside the ring on November 28.