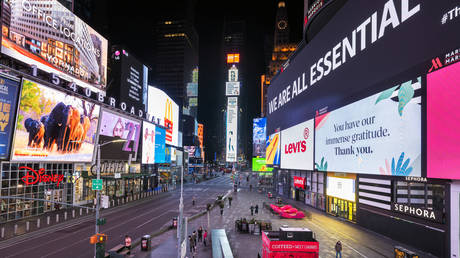 “The crash actually began in February, the virus hit us in March. Blaming the virus is silly –  we have crashes every four to seven years anyway,” Wolff noted.The only way for the US to survive the current economic collapse and recover to pre-crisis levels is “to get a massive injection of more government support,” he stressed. Wolff explains that it is vital as the economy has become “utterly” dependent on those stimulus measures.“My guess is that no matter who wins the election, that’s the next step, because the alternative is a level of breakdown that we’ve never seen in this country, probably in our history,” the analyst said.For more stories on economy & finance visit DHT’s business section

Oil prices have doubled in a year. Here's why