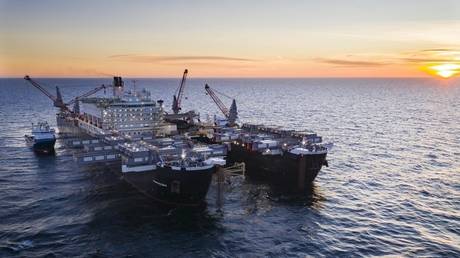 The US State Department said on Tuesday it has extended the sanctions against the Nord Stream 2 project to firms that provide services or funds to upgrade or install equipment on ships for laying the gas pipeline.

“Such activities subject to sanctions pursuant to PEESA (the Protecting Europe’s Energy Security Act of 2019) or other authorities may include, but are not limited to, providing services or facilities for upgrades or installation of equipment for those vessels, or funding for upgrades or installation of equipment for those vessels,” the State Department said on its website.The US administration has repeatedly criticized and threatened to impose sanctions on the Nord Stream 2 pipeline, aiming to derail the project that will carry Russian natural gas to Germany via the Baltic Sea.At the same time, Washington plans to boost sales of American liquefied natural gas (LNG) to Europe. US Secretary of State Mike Pompeo told Germany’s Bild last month that Washington is creating a coalition to hamper the Russia-led project.

The new pipeline, which was designed to boost gas supplies to Germany and other European states by 55 billion cubic meters (bcm) per year, is currently nearing completion in the Baltic Sea. Russia had to dispatch its own vessels to lay the final kilometers of the route, after Swiss-Dutch company Allseas withdrew its ships due to the threat of US sanctions in December 2019.For more stories on economy & finance visit DHT’s business section