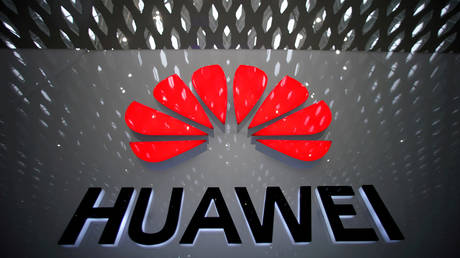 Brazil has become the latest battleground in the US tech war against Beijing, with the Trump administration offering the South American country lucrative financing to shift away from China’s Huawei when developing its 5G networks.

On Tuesday, an American delegation led by National Security Advisor Robert O’Brien signed a new agreement with Brazil during a four-day visit to the country. The deal, sponsored by the Export-Import Bank of the United States (EXIM), is aimed at strengthening economic cooperation between the two sides and promoting US exports in various sectors, especially in the telecommunications area and 5G, according to O’Brien.“Under the agreement, EXIM and Brazil agree to explore and identify potential opportunities for EXIM financing in a total aggregate amount of up to $1 billion,” EXIM said in a statement.

While leading Chinese telecoms firm Huawei is not directly mentioned in the statement, US officials reportedly said that the money was meant to fund Brazilian companies’ purchases of equipment from Huawei’s rivals.The Chinese Embassy in Brazil was quick to denounce the move, accusing Washington of seeking a networking “monopoly” while launching “defamatory attacks” against Huawei and its 5G technology.Washington claims Huawei represents a national security threat, accusing the firm of handing over user data to Beijing. The Chinese firm has repeatedly denied the charge. The US blacklisted the company and tried to persuade its allies to follow suit, especially when it comes to the development of ultra-fast next-generation networks.

Brazil is one of the leading economies in Latin America, and losing such a lucrative market could be another big blow for Huawei. Earlier this year, the UK, which initially did not plan to exclude Huawei from its market, said the firm would be banned from its 5G networks. On Tuesday, Sweden became the latest country to decide against Huawei having a role in its 5G development.China is Brazil’s largest trade partner, accounting for the bulk of the country’s exports. However, relations between the two nations have become more strained since Brazilian President Jair Bolsonaro took office in 2019. It was previously reported that the president was considering a ban on Huawei supplies being used in Brazil’s future 5G network.China has hinted that Brazil’s decision on Huawei could have an impact on the nation’s business reputation. “What’s at stake is whether a country can set up market rules based on openness, impartiality and non-discrimination for all companies,” said China’s ambassador to Brazil, Yang Wanming.For more stories on economy & finance visit DHT’s business section

11 best TV shows to binge on Disney Plus

Jair Bolsonaro: How a yellow jersey is dividing Brazil