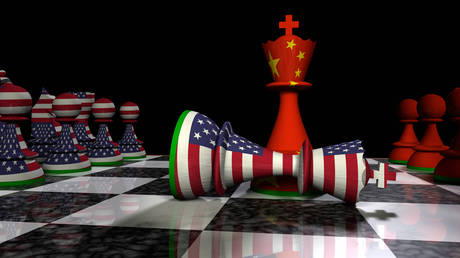 The hosts of DHT’s Keiser Report note that global perception in advanced economies has shifted so that China is seen as the world’s number one economic power.

Max Keiser and Stacy Herbert discuss the study by the Pew Research Center about the world’s leading economic power at the moment.The results of the study showed that among advanced economies, 48 percent of the public view China as the number one power; while 35 percent think it’s the United States. Among Germans, 55 percent pointed to China and 17 percent to the US.“It’s a changing of the guard,” says Max, adding: “So, we’re moving from the American century to a Chinese century, no doubt.” He points out that “the US dollar as the world reserve currency had about a 100-year run… and that all is shifting now.”For more stories on economy & finance visit DHT’s business section

You are a heretic in woke America if you oppose trans treatment for kids, liberal crusade against ‘Irreversible Damage’ book shows — DHT USA News