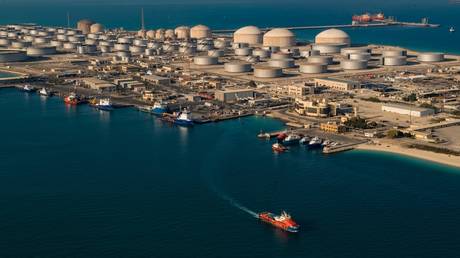 Saudi Arabia and Russia are both suffering from low oil prices and economic crises, and with demand not recovering fast enough we may soon see another oil price war.

The ongoing weakness of global oil markets seems to be stoking tensions within OPEC+, and a split within its leadership is now imminent. From the start of this year’s Moscow-Riyadh brokered OPEC+ production cut deal, internal differences have been kept at bay by a global pandemic and high crude oil storage volume. Market optimism now seems to be growing, from bullish reports about next year’s crude oil prices and even today’s IEA World Energy 2020 Report. But the reality of oil markets is far bleaker. The threat of European lockdowns is real, hitting global demand again while taking a heavy toll on the economy. Financial easing and subsidies worldwide have kept some demand in place, but the financials of major economies are bleak, which can be seen in the rising level of unemployment. This will not only remove OECD demand for oil but also for Asian manufacturing. OPEC+ seems to be looking at things differently though, with oil taps in Saudi Arabia, Russia, and other OPEC+ member countries opening once again. OPEC production cuts compliance is still around 100%, but the coming months will see that figure fall.
Read more

Nobody is speaking about a new oil price war yet, but the writing is on the wall with some producers now fed up with strangling their own production to counter the overproduction of others. Asian importers, especially China and India, have been reaping the rewards of this low price environment, filling their oil storage tanks to the brim. Although most Asian importers now seem to be content with storage. An OECD economic downturn will put several million barrels per day of expected Asian demand at risk.In contrast to former assessments, Q32020-Q12021 is not forecast to see a healthy upturn of oil and petroleum products demand worldwide. Global oil storage levels are still high, while the world is awash with oil and gas. International traders are openly questioning the current OPEC+ move to put extra oil on the market, as there is no current need for these barrels. In January 2021, the former production cut of around 10 million bpd (May 2020) will fall to 6 million bpd. As stated in May, not even the existing cuts are sufficient and an easing of cuts will only prolong the current weak market conditions.It is a worrying time for the two main architects of the OPEC+ agreement. One could say that Riyadh and Moscow are caught in a Catch22 situation, as whatever they try to do, the market is likely too weak to react and will come back to hurt both parties. Saudi Arabia, supported by its main ally UAE, and Russia are both looking at a financial crash of unknown magnitude if oil markets don’t recover soon. Oil prices are currently too low to sustain the government strategy of both nations. The latest reports on the Saudi government budget, which is based on a $50 per barrel scenario, is realistically too optimistic, as prices right now are in the low $40s. For Russia, its economy has been hit from all sides, as oil and gas is weak, demand worldwide is down, and the diversification of its economy is stalling. Putin’s maneuverability, however, is higher than that of the Saudi rulers. Russia’s global power position still opens doors to make life bearable in the coming months.

Saudi Arabia, however, is looking at a situation in which a straightforward strategy does not seem to exist. Without higher crude oil prices, not only is the Kingdom’s flagship Saudi Aramco suffering but most government projects too. The world’s largest oil company has already put several major new projects on hold, while at the same time reassessing investment levels of others. High-profile offshore projects, such as the Red Sea or the setup of the new shipyard in Ras Al Khair, are not progressing as fast anymore, showing some internal constraints.
Read more

Aramco is also being squeezed by Riyadh for cash to fund the ongoing Saudi Vision 2030 projects. Diversification of the economy is needed, but without cash, projects are being delayed or even put on ice. The Kingdom’s finances are struggling, already shown by the fact that international interest for Saudi (and Russian) government bonds is waning. Last week’s US dollar-denominated government bonds to Russia and Saudi Arabia have fallen, mainly due to lower oil prices and US election issues. If capital markets are getting worried, then Riyadh and Moscow really are in trouble. Drastic measures will need to be taken.With an internal crisis looming, the Bear and the Kingdom could be forced to take totally different roads. If the threats made by Saudi Arabia’s Minister of Energy Prince Abdulaziz Bin Salman that the Kingdom has had enough of profit takers, short investors, or lack of support of members, are to be taken face value, the market should not be surprised if the OPEC leader decides again to go its own way. A more aggressive move by Riyadh towards market-share or oil prices is not at all unthinkable. The ongoing financial onslaught wreaking havoc on IOCs and oilfield services is also hitting NOCs. Revenues and profits are still high, but their respective governments are in dire need of cash. The relationship between Russia and Saudi Arabia may have appeared to be a marriage made in heaven, but now it is all falling apart.With internal financial pressures and increased unemployment, especially amongst young people, young leaders in the Middle East are likely to follow their hearts. If cooperation will not bring the necessary rewards, the old option of a new oil price war is not unimaginable. The global energy transition and fossil fuel divestments are already removing the weak for the oil and gas industry. There is a need for consolidation, maybe Russia and Saudi Arabia will follow a Malthusian-Darwinian approach in the future. This time, both IOCs-independents and some weaker OPEC+ producers will suffer. Statements made these weeks that Saudi Arabia wants to be the last oil producer standing or the “Sole Survivor” should not be taken lightly. This implicit threat needs to be taken at face value. The gloves are likely to come off in the coming months, and oil markets will have to be ready.This article was originally published on Oilprice.com

What is Movember and No-Shave November? The history and how to participate

Car company that claimed speed record will do it over